As some of you have heard lately, Elixir is the new hotness. Is it just hype? Well, I thought so at first, but I told myself “heck, even if it’s a waste of time, at least I’ll broaden my horizons”. Which, if you think about it, it not really is a waste of time.

Long story short, after couple of weeks of fiddling with the language, mostly by playing with it’s web framework I am delighted to say that it’s a really cool language that you should try out and also, I published a really small API wrapper for Elixir.

So today, I am going to walk you through writing a simple Elixir library and publishing it to Hex.pm, so it will be available for the whole world to use.

Got a yes/no question? #

I am very sure all of you have heard about the Magic 8 Ball. It’s this toy that looks like a black and white 8 ball (hence the name). When you ask it a yes/no question it will (magically) answer the question. 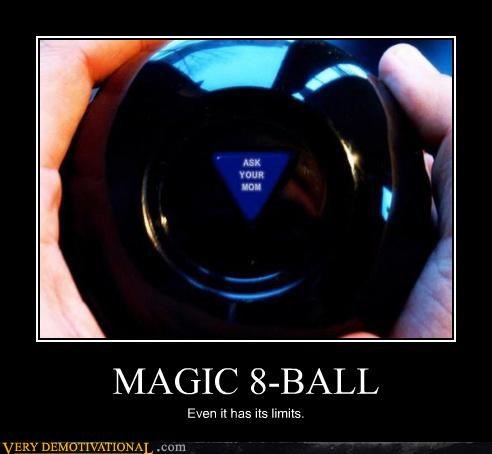 Why don’t we create a small Elixir library that one can ask questions to and get the question answered? We’ll call it eight_ball, paying our respect to the Magic 8 Ball.

Mix is Elixir’s build tool, that allows you to easily create projects, manage tasks, run tests and much more. Mix also can manage dependencies and integrates very nicely with Hex. Hex is a package manager that provides dependency resolution and the ability to remotely fetch packages. We will publish our project to Hex.pm at the end of this tutorial.

But first, let’s create a new Elixir project. Project skeletons are created with the command:

When you run the command, you will get an output like this:

If you open the project directory with your favourite text editor, you can see all of the files that were generated. If you have seen any other Elixir projects, the file structure is pretty much the same.

Just in case anyone gets confused by all of the generated files, let’s see what is what here:

According to the Wikipedia page for the Magic 8 Ball, the 20 answers inside a standard Magic 8 Ball are:


Let’s make a list from these answers and add them as a module variable in the EightBall module.

Our next step will be to introduce a ask/1 function to our module. It will receive the question as a argument and return an answer. Now, we are faced with a problem. The Magic 8 Ball magically answers questions, because, it’s a magic ball. But, although programming often looks like magic to other people, we know that you can’t program “magic”. So, we’ll go with a random answer to a question.

We will know it’s not magic, but atleast, it will look like it is!

The function takes the @answers list, shuffles it using Enum.shuffle/1 (docs) and pipes it into List.first/1 (docs) which will take the first item from the shuffled list and return it.

If you prefer to use v1.1 with Enum.take_random/2:

What about the question? #

In the EightBall.ask/1 function, we don’t use the actual question. As you can see, we ignore the question argument by prepending the argument name with an underscore, or _question.

Let’s add some validation to our little ask/1 function. I will wish the interface of the validator first and we’ll write the implementation after that.

Now, the EightBall.QuestionValidator.validate!/1 function will take the question as an argument and throw an error if the question does not have the format we expect.

Looking at the code, top to bottom, there are couple of key points. First, the @validation_regex variable, is a regular expression. It will match any strings that end with a question mark.

Second, the validate!/1 function. The first function clause will match when the question is a binary. Why binary? Well, Elixir uses UTF8 encoding for string, which basically makes strings UTF8 encoded binaries. If the first function clause matches, it will strip the unnecessary whitespace using String.strip/1 and match the @validation_regex. If it does not match, it will throw an error.

Also, if the first function clause does not match, it will throw a validation error.

Let’s see how our library works in IEx (Interactive EliXir). In the project directory, run:

IEx will compile and load our library in the IEx session, so we can start using it right away. Try running:

When I asked a question, the library returned “Without a doubt”. Nice! Let’s check our validation:

When we sent a statement instead of a question, the library threw an error. Good. Another (and better) way to test this is by writing actual tests, but, we’ll leave that for another day.

Hex has a very good documentation on publishing packages. If you want to read and understand the details, head over to the documentation. Here, we’ll just cover the basic steps needed to publish this libraty to Hex.pm.

If you do not have a user registered, you can do it via the command line:

Hex will prompt for your username, email and password and then it will create an API key that will be stored in the ~/.hex directory.

These properties will define the files of the package and some metadata like maintainers' name and licences. Then, in the EightBall.Mixfile.project/0 function, we need to include the package definiton:

Also, make sure the version is set properly. In our case, we can leave it as 0.0.1. The last step after you are happy with the package definition is the publish step itself. Publishing a package is done by running:

Easy as that. After publishing your package, it’s available at it’s Hex.pm page.

That’s it. As you can see, publishing the library to Hex.pm is quite straight forward. Also, generating the project skeleton is really easy with Mix. All it takes is one command and the project is set up.

If you are looking for more challenge, you can add some tests for the validator module. Also, adding documentation is quite important, so if you feel like writing some documentation - do it! But, whatever you decide to do, go and share your library with the world. Push it to Hex.pm and make it available for everyone to download and use.

Did you follow along this tutorial? Did you have any hiccups or did it all go smooth? Let me know in the comments below!